A few weeks ago, my friend Kevin from Thousandaire and I started going back and forth on Twitter about teacher pay. The conversation sprang from an article I tweeted about how teachers get screwed, pay-wise. For the life of me, I can’t find the original article. But the conversation that Kevin and I engaged in was much more, well, engaging. So after a brief email exchange, he and I decided to do a “dueling posts” feature. I’m going to discuss the issue of teacher pay from my perspective, he will discuss it from his. We’re hoping that you’ll read both posts and weigh in on each 🙂 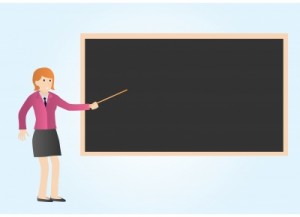 You can probably guess what my perspective on the issue of teacher pay is, but just in case you didn’t, I think it is absolutely vital that teachers be paid more. Here’s why:

Yes. Compared to other professionals with similar levels of education, teachers make 14% less per week. Just so we’re clear, because this figure is calculated on weekly pay, the fact that teachers have two months off every year has been accounted for.

Ok, So Why Are Teachers Underpaid?

This is a complicated question. I have both an “economic forces” response and a more social/historical response ready to discuss when I’m asked this question by people in real life. I’ll share both here. Let’s start with the “economic forces.”

In terms of “economic forces,” teacher pay (as well as funding for the construction of schools, the purchase of school supplies, etc.) in the United States is dependent on the collection of taxes. In many areas of the country, funding for public education is derived primarily from property taxes. In some areas state taxes are collected and state governments distribute them among districts according to various formulas, and county taxes are also used to provide additional funding. In either case, teacher pay is tied to taxation. It is a politically difficult to raise taxes, thus it is very difficult to come up with the funds to pay teachers more. It is, of course, a possibility to reallocate state and federal revenue and funnel more into public education. But that’s unlikely. Which leads me to the social/historical answer to why teachers are underpaid.

From a social/historical perspective, it is my opinion that America has always been a deeply anti-intellectual society. In fact, we are downright skeptical of those who are too smart, too educated – a commonly asked question in the U.S. when a young student discusses her major is “well, what are you going to do with that?” Education for education’s sake is considered to be senseless. Ergo, the work that teachers do – you know, educating – just isn’t held up as valuable the way that it is in other parts of the world. Think about it: we don’t celebrate those who are exceptionally intelligent or educated, we celebrate those who are exceptionally talented. In fact, we get extra excited about a person who was able to “make it” without an education. In the zillions of Steve Jobs biopics that aired after his death, every single one pointed out that he dropped out of college, yet was still able to use his inherent gifts to become wealthy and famous. Now this is a hero we can get behind, one who didn’t need an education to become a superstar.

But Will Paying Teachers More Really Help American Students Get Ahead?

Yes. Many studies have shown that the quality of the classroom teacher is the factor that is most influential in determining student outcomes. And teachers who are paid more money are more effective. Therefore, paying teachers more is probably the most important thing we can do help American students perform better. You can read the studies that I’ve linked to, but they basically just confirm what common sense dictates: when you pay teachers more, you get more applicants of higher quality from which to choose. Those higher quality teachers do a better job educating our students.

Hang On: Teachers Knew That They Wouldn’t Make Much Money When They Chose Their Profession, So Why Are They Complaining?

To me, this argument is like say, “well, Rosa Parks and everyone in Montgomery knew she was going to get arrested when she refused to give up her seat on the bus, so why did they make such a fuss about it?” Just because something is doesn’t mean it’s right and it certainly doesn’t mean that we shouldn’t try to change it.

Ok, So Let’s Pay The Good Teachers More. That Way They’ll Be More Motivated To Work Harder. That Shouldn’t Be Too Hard.

I agree with the notion of paying good teachers more, but disagree that it’s not hard. While I think that all teachers should be paid substantially more, I also think that excellent teachers should be paid generous bonuses (and that education programs should become MUCH more selective and that all teachers should have to enter the profession with a master’s…I digress). But again, you get into a quagmire here. First, we would have to agree on what makes an “excellent” teacher. Test scores? Attendance? Student acceptance into college? Parent reviews? No one agrees on how to measure teacher quality. Second, who are we comparing teachers against? If we begin to make teachers compete against each other for a finite number of bonuses, that discourages collaboration among teachers, and who loses there? The students. Third, there’s that pesky question of where the money for these higher salaries and bonuses will come from. Raising taxes to the degree that would be necessary to fully fund salary hikes would be almost impossible, as would convincing Americans to scale back on say, military spending or any similar Very Important budget priority….unless, of course, we could seriously shift our cultural thinking about the importance of education. Yeah, and maybe next we’ll start investing in public transit.

So What IS The Solution Here?

I honestly don’t know. Again, I think that unless we see some substantial shifts in our collective thinking about the value of education, nothing will change. Teachers will continue to be underpaid, thus attracting weak candidates to the profession. These weak teachers will go on poorly preparing our students for college and the workforce. And eventually American workers won’t be able to compete in a global economy and we will see our standing as a major world power begin to evaporate. Maybe you think this is dramatic. I think it’s the future.

I think I’ve made my feelings about why we need to improve teacher pay pretty clear, but then again I might be biased 🙂 So now it’s time for you to chime in! And don’t forget to read Kevin’s take on the issue before leaving us both your comments. We’re really looking forward to hearing what our readers have to say!